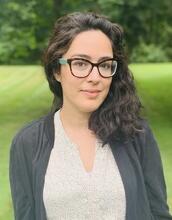 Marjan Wardaki is a historian of the Middle East and South Asia, with research interest in the history of science and medicine, empire, and migration. Her research analyzes the intersection of Islamicate knowledge traditions, imperial and European claims on science and technology, and migration studies. Her previous article in Modern Asian Studies dealt with lithographic technologies in the rediscovery of Afghanistan’s fine art among itinerant artists.

While at Yale, she is working on her book manuscript, Decolonial Science: Muslims in Interwar Europe and the Making of Modern Afghanistan, which examines the relationship between decolonization, science, and state-building in the early twentieth century. Works in progress include several articles on Indian vernacular medicine,​ the science of photography and technological innovations of the camera among an Urdu-speaking public, and the art of kustasazī (a widely used process of calcination in Indo-Persianate medical traditions).

At Yale is organizing the speaker series on Persianate Studies for the Program on Iranian Studies and various other workshops on knowledge and botany. She is also teaching a seminar on the History of Science, Knowledge, and Medicine, where students have the opportunity to work with scientific instruments and objects. Her recent essay for the Getty Research Institute analyzed albumen prints to reveal British scientific practices in 19th century Afghanistan.