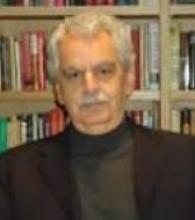 Adel Allouche is a Lecturer (retired) in the Department of History. He teaches medieval Islamic history, in particular proto-dynastic rule in early Islamic history, and on Shi’i-Sunni polemics. He is the author of Mamluk Economics: A Study and Translation of al-Maqrizi’s Ighathah (1994) and The Origins and Development of the Ottoman-Safavid Conflict (906-962/1500-1555) (1983; Turkish translation 2001) as well as several articles and book reviews.

“The Establishment of Four Judgeships in Fatimid Egypt.”  Journal of the American Oriental Society 105:2 (April‑June 1985)