When the Ottoman Empire Threatened Europe — and the World 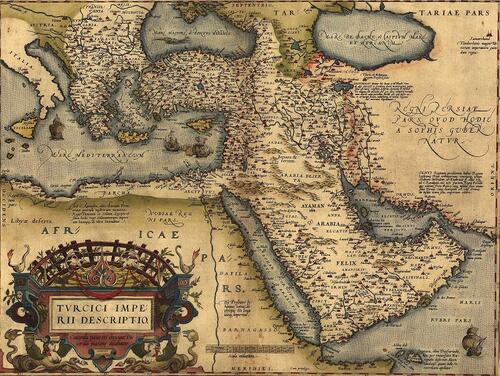 GOD’S SHADOW
Sultan Selim, His Ottoman Empire, and the Making of the Modern World
By Alan Mikhail

Coming down to Mexico’s Pacific shore one summer day in 1573, a merchant named Pero Ximénez saw something remarkable — “ships,” he told Spanish colonial officials, “of Turks or Moors.” Surely there was some mistake. But just weeks later, a report came of “seven vassals of the Great Turk, all men of the sea, the spies of the princes,” walking as bold as brass around the plaza of the town of Purificación. Sent to investigate, Spain’s Crown Agent concluded that “Turks or Moors” were indeed plotting with Native Americans to overthrow Christian rule.

What sounds foolish today — Turks invading Mexico — did not seem so in 1573. When Spaniards sailed the 13,000 miles from Cadiz to Java, they found Muslims all along the way. Was it really so silly to suspect that Islam had crossed the Pacific too? Today we know that the only Muslims in the Americas were the West African slaves Spain had been importing since 1501, but the conquistadors were never quite sure. Hernan Cortés claimed to have seen over 400 mosques while making war on the Aztecs.

In “God’s Shadow,” Alan Mikhail, a leading historian of Ottoman Turkey, makes two claims. The first, and less controversial, is that 16th-century Christians saw everything, including the Americas, through the lens of their struggle against Islam. When Columbus crossed the Atlantic in 1492, the very year that Spain’s rulers destroyed Iberia’s last Muslim kingdom, he assured his royal patrons that his voyages were merely continuations of their anti-Islamic crusade. His aim in getting to Asia was to find the Mongol Grand Khan (widely believed to be pro-Christian) and talk him into a great pincer attack on Jerusalem. Even when Spaniards realized that the lands on the far side of the Atlantic were a New World, not Asia, the habit of seeing it in Turkish terms proved hard to shake. Many conquistadors had cut their teeth killing Turks in the Mediterranean and, after slaughtering Aztecs and Incas, plenty came home to fight the Turks some more. We should not be surprised that so many felt that fighting dark-skinned infidels in America was much the same as fighting them in Europe, Asia or Africa. continue to article