A Tech School for Dreamers in Afghanistan 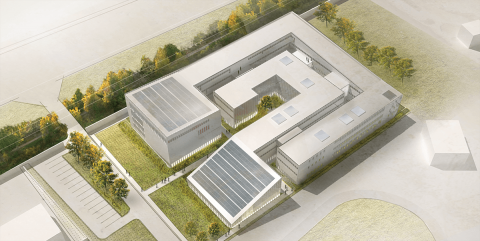 The story of the team’s plight made international news and gained support from U.S. legislators and the president. And it set in motion a collaboration between Yale and the team’s coach, entrepreneur Roya Mahboob, to design a technology school for high school students in Afghanistan. The school, to be called The Dreamer Institute, is particularly remarkable because it will be attended by both boys and girls. In a country that has only recently started to accept women in science, such a school would have been impossible just a few years ago.

The collaboration brings together Yale’s School of Engineering & Applied Sciences (SEAS), the School of Architecture and the Whitney and Betty MacMillan Center for International and Area Studies at Yale.

The Dreamer Institute, to be built in Kabul, will focus on robotics, artificial intelligence and blockchain, and will consist of two interlocking buildings on the campus of Kabul University. One building is the high school, to be attended by girls for one half of the day and by boys the other half. The other is an innovation center based partly on Yale’s Center for Engineering Innovation & Design (CEID), which would be shared by the high school students and students from Kabul University. 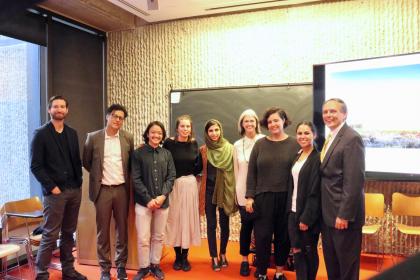 Mahboob, an entrepreneur from Afghanistan and a founder of numerous startups, said the idea for the school was sparked by the team’s tour of North America. Their visits to numerous tech-based high schools fascinated the team members, who had little exposure to technology training until joining the robotics team.

“We went to these schools and saw how the students worked together - all the girls wanted this back home,” Mahboob said. “We did some research about STEM schools and figured out what we needed to bring one to Afghanistan.”

Through Yale’s work with Global FIRST, Mahboob mentioned the idea to Vincent Wilczynski, deputy dean of SEAS and director of the CEID. 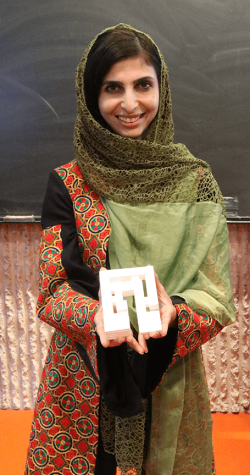 He sent out a few emails and a collaboration was soon struck between SEAS, Architecture and the MacMillan Center. From there, things moved fast. Sunil Bald, associate dean for curriculum and admissions for the architecture school, led a team of five architecture students, working out of the CEID for four weeks over the summer to draw up the plans for the 150,000 square feet of building space. The project presented unique challenges to the student team of Michelle Badr, Camille Chabrol, Deo Deiparine, Alexandra Pindea, and Jerome Tryon. Among them was figuring out how to combine traditional aspects of Afghan architecture with more modern elements, creating a secure space while maintaining a sense of openness, and how to make the building adaptable to a country with a quickly changing cultural environment.

“This is a pretty unique endeavor in terms of having a group of students working with a faculty member to design something that we hope will see the light of day in another part of the world,” Bald said. “To see these kinds of tangible results in such a short amount of time has been really encouraging.”

Bald and the students presented the final designs to Mahboob last week at the School of Architecture Gallery.

“It was amazing,” Mahboob said after the presentation. “I had envisioned it with a totally different design, and then I come here they bring this very innovative scheme for the buildings. Thank you for making the dream come true. I hope you can one day come to Afghanistan and see the school. It is a symbol of the future of Afghanistan and especially the young people.”

Mahboob, the first female CEO for a tech company from Afghanistan, said this kind of plan would have been a non-starter in her country a few years ago.

“But now, you see a lot of women as owners of companies or forming technology groups robotics, animations or coding,” she said. “The perceptions of women’s ability in science and technology and engineering have changed.”

A lot of that has to do with the robotics team that toured the world.

“It just changed the whole country,” she said. “It became a symbol of hope and unity and courage for many young generations, especially women. Even more conservative people saw this and said, ‘OK women can be mentors or designers or scientists.’ That was a huge shift.” 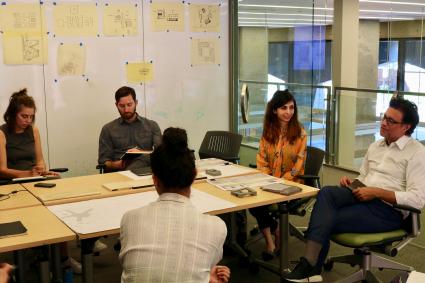 George Joseph, executive director of the MacMillan Center, said the project is a “perfect opportunity to bring together a number of entities across Yale.” He noted that of much of the center’s financial support that goes to faculty and students is for “more standard academic modes of communication.”

“To see a real-world application of our effort, it’s very inspiring,” Joseph said. “The potential for impact that this could have, not only on these girls in Afghanistan, but on Afghanistan as a whole - that motivates us for why we do what we do at MacMillan.”

Mahboob said the building, if all goes according to plan, would be up and running in 2021. She’s currently seeking funding for the construction from various sources, including the Afghanistan government, and plans to present the design to the president - she’s waiting until this week’s election to see who that will be. Further down the road, she said, more Dreamer Institutes could be built around the globe.

“All countries need to focus on student development, and they have to start investing in them today,” she said. “The idea of the Dreamer Institute is to give students access to emerging technologies, where there’s a much bigger gap between the richest and poorest countries. Countries and governments are responsible for making sure that this knowledge is in the hands of the young generations.”