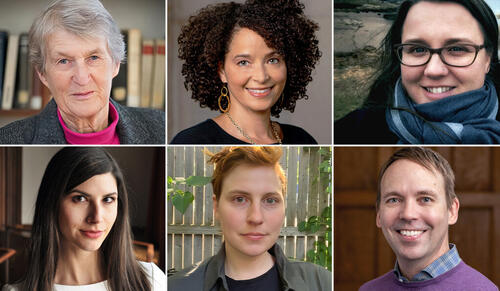 The six received their awards Jan. 6 at the MLA’s annual convention in San Francisco. Their prizes are among 19 awards presented to MLA members chosen by selection committees, which are made up of scholars from around the United States.

“This is a triumph for literary studies at Yale,” said Kathryn Lofton, interim dean of Yale’s Faculty of Arts and Sciences (FAS) and FAS dean of humanities, about the MLA awards. “I am thrilled that the MLA is recognizing and celebrating our colleagues and their powerful work.”

Katerina Cark, a professor of comparative literature and of Slavic languages and literatures in the FAS, won the Matei Calinescu Prize for a distinguished work of scholarship in 20th- or 21st-century literature and thought for her book “Eurasia without Borders: The Dream of a Leftist Literary Commons, 1919-1943” (Belknap Press of Harvard University Press). The prize was established in 2016 in honor of Matei Calinescu, a Romanian poet and scholar who taught at Indiana University in Bloomington.