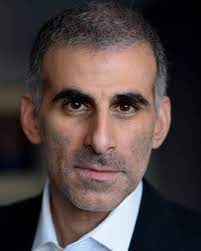 In all that has been written about Columbus — from his being the first Italian American to the progenitor of a continental genocide — one of the most crucial aspects of his biography is missing: A primary force behind Columbus’ Atlantic crossings was a fear and hatred of Islam.

This shaped how white Europeans engaged with the “New World” and its native peoples for centuries, and how today’s Americans understand the world. It should influence how we think about the second Monday in October — whether you call it Columbus Day, Indigenous Peoples Day or Italian Heritage Day.

Columbus was born into Europe’s anti-Islamic mind-set in 1451, raised on tales of the Crusades and the territorial losses his hometown of Genoa suffered after the Ottoman Empire’s capture of Constantinople in 1453.

As a teenager, he took to the Mediterranean as a sailor’s apprentice. Some of his first maritime voyages brought him face to face with the awesome power of the Ottomans in the Aegean and other Muslim states in North Africa. He later sailed down the coast of West Africa where the region’s powerful Muslim kingdoms impressed upon him that Islam was everywhere, surrounding Christendom. When Columbus returned to Europe, he joined Spain’s fight against the Muslims in the south of the Iberian Peninsula, six months before he set off across the Atlantic.

At heart Columbus was a Crusader. Throughout his life, in his encounters with and then battles against Muslims, he felt the burden of holy war deep in his soul. As he bobbed westward on the high seas — with the formal mission of finding a trade route to the Far East that would circumvent the need to go through Muslim territory — his mind was occupied by neither a secular passion for discovery nor a calculating commercial vision. More than anything else, he sailed to the Americas imbued with a Christian zeal.

This centrality of Islam to Columbus’ life explains one of the strangest and least acknowledged aspects of the Atlantic voyages. When Columbus arrived in the Caribbean, he saw Islam there too, where it so very clearly did not exist. For example, he called the weapons of the indigenous Tainos alfanjes, a Spanish word derived from the Arabic for a curved metal scimitar inscribed with Quranic verses that was commonly used by Muslim soldiers in battle. Columbus himself tells us that the Taino “have no iron” and of course knew nothing of the Quran, but he likens them to Muslim soldiers by putting alfanjes in their hands, thereby placing them in a mental category familiar to him and the intended audience of his writings.

Later, when he first saw the scarves of a group of indigenous women, he thought they were related through trade or some other form of Eurasian contact to what he termed Moorish sashes. Such stated equivalences between Islam and Native America would continue. A couple of decades after Columbus, Hernán Cortés too wrote that the Aztecs of Mexico wore “Moorish robes” and that Aztec women looked like “Moorish women.” He claimed to see more than 400 mosques in the territory he conquered 500 years ago, which today we call Mexico, and he referred to the leader Montezuma as a “sultan.”

How to explain something so odd?

The answer lies in Columbus’ — and Europe’s — long history of crusading against Islam. The crucible of centuries of these religious wars, and the increasing encroachment of the Ottomans and other Muslims in the years after 1453, forged the notion of Islam as an enemy in the minds of Columbus, Cortés and the thousands of other Europeans who fought Muslims in the Old World and then American Indians in the New World.

For all their lives, these men had learned that Muslims were their foremost enemies. In their mind’s eye, an enemy conjured up the image of a nonwhite Muslim. Europeans fell back on this framework to understand the new enemies they faced in the Americas — Indigenous peoples. Europeans thought of Muslims and Native Americans as somehow linked on a chain of continuity that today seems chimerical.

This largely forgotten history matters. An anti-Islamic worldview was the mold that cast the European understanding of race and ethnicity in the Americas, as well as the concept of warfare in the Western Hemisphere. It, therefore, needs to be a part of any understanding of the history of the Americas and, regrettably, of Native American history.

While Europeans and white Americans aimed the warlike mind-set of the Crusades against Native American populations, they also appropriated Indigenous iconography into the way of war. Hence, Americans flew Apache and Kiowa helicopters over Afghanistan; the Navy launched Tomahawk missiles at Syrian targets; and Black Hawk helicopters ferried the Navy SEALs in the nighttime raid in Pakistan that killed Osama bin Laden, code named Geronimo.

Embedded in these names, and in these wars, is a historical through-line that goes back to Columbus. Recognizing the history of these seemingly disparate yet bound cultures helps to lay the groundwork for richer views of the past and new forms of solidarity, collective thinking and action.

October’s one federal holiday, for all its warranted passions, provides such opportunities.

Alan Mikhail is the author of “God’s Shadow: Sultan Selim, His Ottoman Empire, and the Making of the Modern World.”