New Book: Moving through Conflict/Dance and Politics in Israel 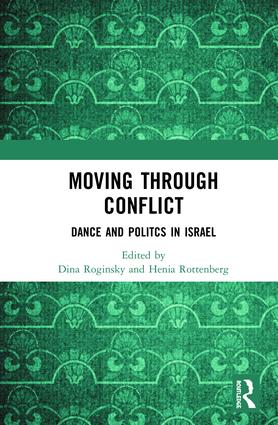 Moving through Conflict: Dance and Politics in Israel is a pioneering project in examining the Israeli–Palestinian conflict through dance. It proposes a research framework for study of the social, cultural, aesthetic and political dynamics between Jews and Arabs as reflected in dance from late 19th-century Palestine to present-day Israel.

Drawing on multiple disciplines, this book examines a variety of social and theatrical venues (communities, dance groups, evening classes and staged performances), dance genres (folk dancing, social dancing and theatrical dancing) and different cultural identities (Israeli, Palestinian and American). Underlying this work is a fundamental question: can the body and dance operate as nonverbal autonomous agents to mediate change in conflicting settings, transforming the “foreign” into the “familiar”? Or are they bound to their culturally dependent significance – and thus nothing more than additional sites of an embodied politics?

This anthology expounds on various studies on dance, historical periods, points of view and points of contact that help promote thinking about this fundamental issue. It will be of great interest to students and scholars of dance studies, sociology, anthropology, art history, education and cultural studies, as well as conflict and resolution studies.

Dina Roginsky (PhD) is a sociologist and anthropologist and holds an MA degree in psychology. Her research focuses on the intersection of culture, history, politics and performance. Her doctoral dissertation, Performing Israeliness, analyzes the 100-year social and ideological history of the Israeli folk dance movement as a case study in 20th-century nation-building project and cultural politics. Her postdoctoral research in the Department of Performance Studies at New York University explores national dancing in its diasporic context. She has published articles and presented her works in Israel, Europe, Canada and the US. Together with Henia Rottenberg, Roginsky is the coeditor of three anthologies on dance published in Israel by Resling Press: Dance Discourse in Israel (2009), Sara Levi-Tanai: A Life of Creation (2015) and Points of Contact: Dance, Politics and Jewish-Arab Relations in Israel (2018). Roginsky teaches Hebrew language and culture in the Department of Near Eastern Languages and Civilizations at Yale University.

Henia Rottenberg (PhD) is a dance studies researcher whose interests focus on the dialogue between dance and visual arts in postmodern culture and on dance in Israel. Her doctoral dissertation Hybrid Relationships between Dance and Painting at the University of Surrey (UK) examined dance and painting relationships focusing on Lea Anderson’s dance The Featherstonehauhgs Draw on the Sketch Books of Egon Schiele (1998). Her MA dissertation, Rami Be’er: A Political Choreographer, analyzed the sociopolitical aspect of his choreography. Rottenberg published articles and presented her work in Israel, the US and Europe. She is the coeditor with Dina Roginsky of three anthologies on dance, published in Israel by Resling Press: Dance Discourse in Israel (2009), Sara Levi-Tanai: A Life of Creation (2015) and Points of Contact: Dance, Politics and Jewish-Arab Relations in Israel (2018). She was coeditor with Ruth Eshel on Dance Today (2008–2010) and one of the founders of The Israeli Society for Dance Research. Rottenberg is the Head of the Dance Theater Division in Theater Studies at Western Galilee College and lectures at Kibbutzim College of Education, Israel.