Living in Architecture: Aspects of urbanism in the Arab Gulf States 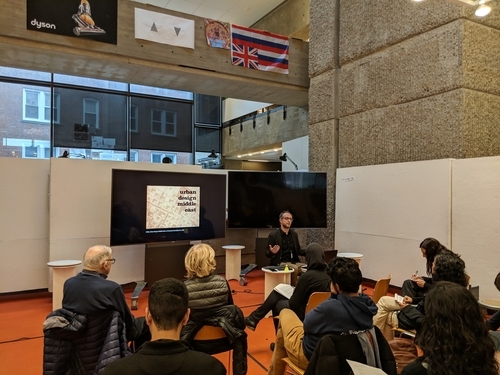 On April 12, Todd Reisz, Visiting Assistant Professor at Yale School of Architecture, and Sultan Sooud Al Qassemi, Visiting Scholar in the Council on Middle East Studies at the MacMillan Center, co-presented a symposium under the theme of Living in Architecture tackling various aspects of urbanism in the Arab Gulf States organized in conjunction with the Council on Middle East Studies. The symposium, which attracted practitioners, academics and students of architecture, discussed how the rapidly modernizing Gulf societies inhabit and influence urban environments.

Living in Architecture was the culmination of a series of talks and screenings that took place at the Yale School of Architecture revolving around the Middle East over the past few months. In November 2018 as part of his Yale Greenberg World Fellows program, Al Qassemi presented a talk on modern architecture of the Arab Gulf States and the efforts to document and preserve mid to late 20th century buildings in the region. Later that month, Egyptian academic and scholar Mohamed Elshahed was invited to speak  at the same venue, on his forthcoming book which presents the first ever in depth survey of 20th century architecture of Cairo to be published later in 2019 by the American University in Cairo Press.

On January 27, 2019, a series of Middle Eastern films from the Barjeel Art Foundation collection produced by contemporary Arab artists that tackle the theme of urbanism and public space in Egypt, Iraq and Israel/Palestine were screened in Hastings Hall at the Yale School of Architecture drawing students and the general public. Finally, on February 25, Todd Reisz, Louis I. Kahn Visiting Assistant Professor, gave a public lecture on the Myths of Permanent Cities which revolved around themes of urbanism and development in an unnamed emerging city in the Middle East. This spring, Professor Reisz also taught the first Advanced Design Studio centered on Middle Eastern cities with visits to Dubai and Amman.

Living in Architecture followed the above-mentioned events in which the Gulf Arab States and other parts of the Middle East were explored in the less visited facets of urbanism and public space. The original idea was born out of a discussion in 2018 with Kishwar Rizvi, Professor of Islamic Art and Architecture and Chair of the Council on Middle East Studies, which hosted the event that also was partly funded by the US Department of Education Title VI National Resource Centers Grant.

Five scholars and practitioners were selected to present their research and findings at the one-day event. The first speaker was Roberto Fabbri, Professor at the University of Monterrey and co-author of a renowned book on Kuwaiti modernism, who discussed the emergence of modern education sector in Kuwait before and after the export of oil in the mid 20th century. Professor Fabbri highlighted Kuwait’s early adoption of an educational strategy with the assistance of UNESCO following the First Regional Conference of the Ministers of Education of Arab States that was held in Beirut in 1960. The archive of Swiss architect Alfred Roth who acted as UNESCO’s representative in Kuwait was presented as a case study on the role of international agencies in shaping the modern educational sector in the Gulf including the construction and design of schools and universities.

Next was Meitha Al Mazrooei, editor of Dubai based WTD Magazine, who spoke about the role that architecture publications play in critiquing cultural developments in the region. Al Mazrooei focused on the case of the UAE, a country that includes fast developing cities such as Dubai and Abu Dhabi, as well as the challenges faced by the urban and design-based publishing industry in the Gulf. Since founding WTD magazine in 2012 as a platform to collect urban narratives from the Middle East and North Africa, Al Mazrooei has also acted as a contributor to the UAE’s Pavilion at the Venice Architecture Biennale in 2014 and 2016.

The third speaker was Egyptian researcher Reem Khorshid who presented her findings on the role of the first and second generation of Egyptian architects in the Arab Gulf States with an emphasis on the UAE. Khorshid, who graduated from Cairo University in 2017 and spent months researching archives in the UAE, Egypt, Lebanon, and England, discussed the correlation between the fast-paced political developments in Egypt during the mid 20th century and the emergence of economic opportunities in the Gulf Arab States with the advent of oil which led to a string of Egyptian architects to start practicing in the Gulf. The work of this pioneering generation of architects would manifest itself in education, commercial and residential projects, among others—many of which are still in use today.

Living in Architecture’s penultimate speaker was Gökçe Günel, Assistant Professor in the School of Middle Eastern and North African Studies at the University of Arizona and author of the recently published book Spaceship in the Desert: Energy, Climate Change and Urban Design in Abu Dhabi. Professor Günel presented her findings from research conducted since 2006 on Masdar City, a proposed zero-carbon development in the UAE capital of Abu Dhabi. She discussed Masdar City’s continuous evolution over the past decade along with the ecological challenges and opportunities for sustainable development in the Gulf, concluding with lessons that can be learned and later avoided when embarking on large scale greenfield developments in the Gulf.

Finally, Kuwait-based architect and educator Hamed Bukhamseen continued on the theme of ecological development and landscape in the Gulf region with Bahrain as a prime example where there has been a literal shifting of nature, including palm tree groves from less dense areas of Manama into the urban center. Bukhamseen who also co-curated the 2016 Bahrain Pavilion at the Venice Architecture Biennale along with his colleague Ali Karimi from Bahrain, has over the years revisited their research on sustainability that he regards as the “intellectual underpinnings to ideas and networks of growth, ownership, and cohabitation.” Bukhamseen also discussed their recently concluded research on the architecture and design of the Kuwaiti government owned gas stations that dot Europe under the name Q8. 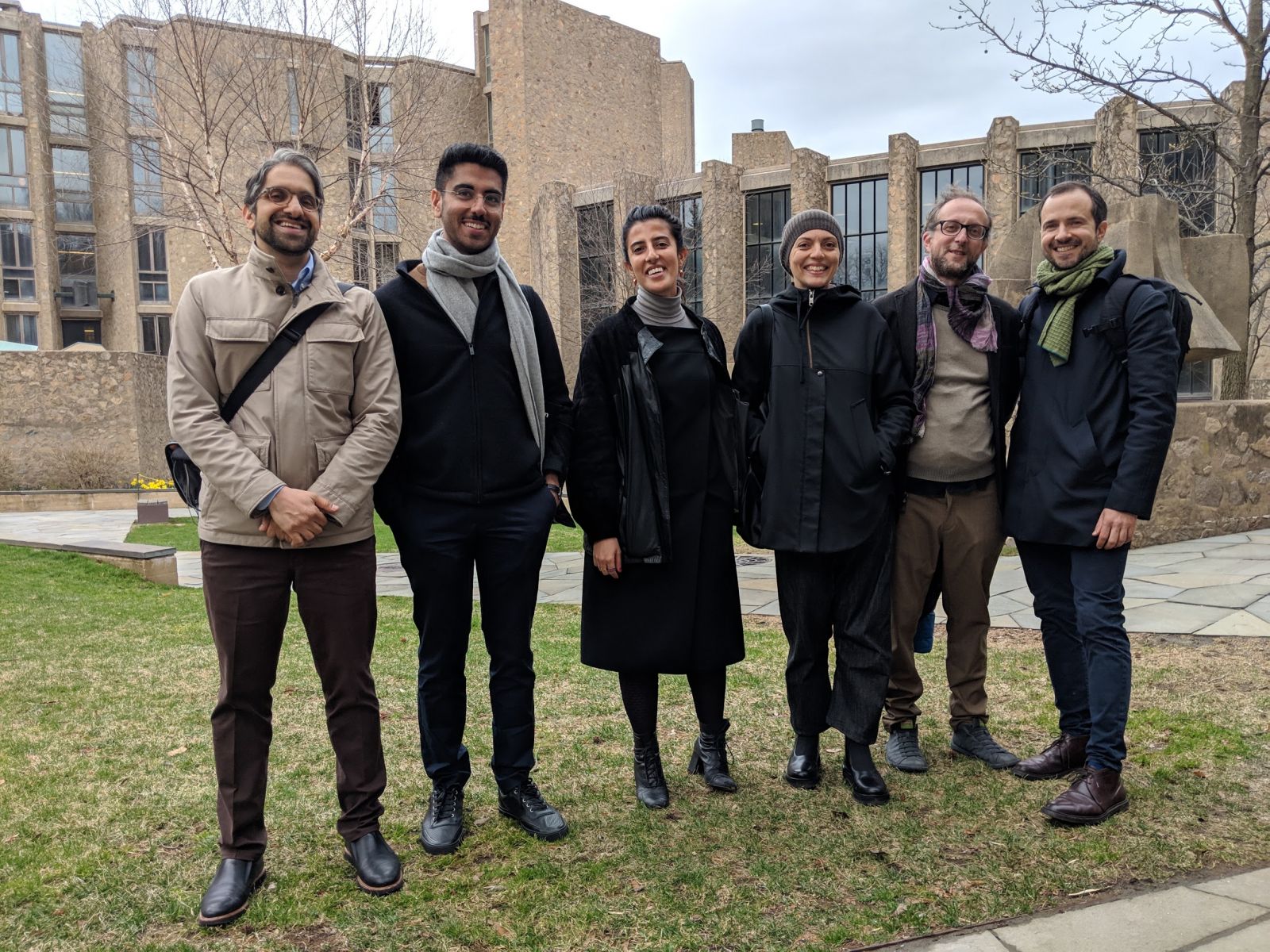 The Living in Architecture symposium was an attempt to offer an opportunity to discuss practice, documentation, and scholarship on urbanism in the Arab Gulf States in a sociable setting away from the rigidity of larger gatherings. It also serves as an example of the Council of Middle East Studies collaboration with other departments at Yale.