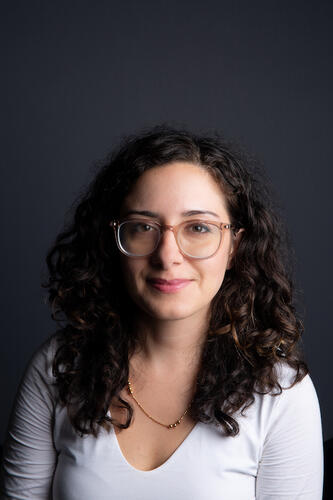 The following interview is part of the Council on Middle East Studies’ Alumni Spotlight series featuring graduates from the Bachelor’s Degree in Modern Middle East Studies. MMES majors pursue various types of roles and positions in their careers. Yeganeh Torbati YC ’10 has pursued a career in journalism, reporting  for the Baltimore Sun, Reuters, ProPublica, and the Washington Post. The Middle East Studies major provided the language and societal understanding of Middle Eastern countries, aiding her inspiring and intensive career as a journalist.

Could you talk about your life after Yale, and how you got your start?

From the beginning, I chose Yale because I was interested in going into journalism. The Yale Daily News has an amazing reputation, and I knew that I wanted to be at a place where I could practice journalism and learn the craft. At the same time I had this huge interest in the Middle East, so academically, that was what I pursued. I studied Arabic and Persian, which I grew up speaking because my family’s Iranian. I studied abroad in Jordan.

One of my favorite classes was an Iran focused seminar. In that class, I learned so much about Iran’s history,  and its interaction with other countries in the region. One of the research projects I also did during my time at Yale happened in Jordan. I studied mental health services available for Iraqi refugees and received funding and help from the university to pursue that project. I took a lot of Middle East classes during my time and graduated with a double major in Political Science and the new Middle East Studies degree. My ambition at the time was to be a foreign correspondent in the Middle East and specifically in Iran.

My first full-time job was with the Baltimore sun as a general assignment reporter, reporting on events in Baltimore and Maryland. I then received another opportunity to work for Reuters as a graduate trainee reporter, which was a great opportunity. I worked for them first in London, and then they ended up sending me to Dubai. From Dubai, I covered Iran since it was, and still is, a risky place for foreign journalists. That takes me all the way to 2014, and in 2015 I eventually came back to the US to work in Washington, DC. I stayed there for about four years, and in 2019 I went to ProPublica, which is an investigative news outlet. I was based in DC for them as well. As of September of last year (2020), I joined the Washington Post to continue doing investigative work.

What have been your favorite articles to work on?

When I was reporting for Reuters, I was looking into the wealth that had been expropriated by the Islamic Republic, specifically by a conglomerate controlled by the Supreme leader, and this wealth had basically been stolen and confiscated from religious minorities, from ordinary Iranians, from dissidents, and was now being used to kind of fuel this business empire. It was an incredibly difficult piece to report since it required painstaking reporting and investigative work in multiple languages. We did it, and the experience was extremely satisfying.

More recently, I wrote a story about a little library that sits on the border of the US and Canada. Iranian families who were separated because of the travel ban were using it to see each other. Especially after not having been able to see each other for years. I interviewed people who had participated in the reunions, and it produced this moving piece of work about the kind of lengths people will go to see their families. What’s really gratifying for me is that I’ve learned others have used that story as the guide for their own family reunions.

What aspects of the Middle East Studies major have helped your journalism career?

A really useful requirement is the Arabic language because there are a lot of people who think of themselves as experts on the Middle East. However, without the language, it’s difficult to really understand. There are definitely great experts and analysts who don’t know the languages of the places they’re studying, but I think it adds a layer of granularity and familiarity with pop culture. I think at the time when I graduated, there was more emphasis on the Middle East in our politics. Now, that seems to have faded quite a bit over the past 10 years, but I think for people who are interested in knowing how these societies work and what makes them tick, like having that language study is really important.

Having language fluency, especially an uncommon language like Persian, is a huge advantage in job application. I knew Persian because I was raised in an Iranian American household, and even among common languages, true fluency is very rare. If you’re trying to establish a foothold, the biggest thing you can do for yourself, at least in my experience, is to learn a language or two. If you already know one, add another language to your knowledge. I tried to do that by learning Arabic. Although, I wasn’t very good at it. On my first job abroad, I was able to prove what I could do and show that I could report on a bunch of different things through my knowledge of Persian. Language study and study abroad gave me that perch that I needed to then kind of expand myself and be able to establish myself.

Study abroad is also a really useful experience. When I was at Yale, not many people chose to study abroad. However, being able to travel, I had an  experience that was not visible to others who didn’t live there or speak the language. The Middle East Studies major matched up with where my interests had already taken me in college. when the requirements came out, I looked at my schedule and realized I only needed to take a few more classes.

If you could give advice to your younger self in college, what would you give?

During my time in college, I was concerned about making a career out of journalism, and I found myself always looking for the next step, the next opportunity. I remember the feeling of being young and unestablished, wondering when my next chance would happen. While this may sound cliché, I wish I enjoyed those jobs and cities more. Instead of constantly worrying about the next thing, I wish I savored some of the struggle a bit more. If you are spending all your time worrying about the next step, you don’t get as much out of the experience you’re having at that point.

To view Yeganheh’s articles mentioned in this piece see:  Assets of the Ayatollah & Muslim Travel Ban