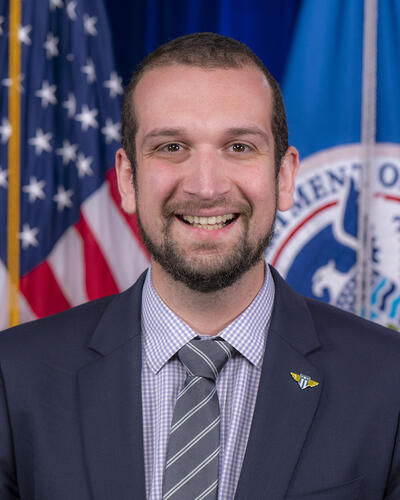 The following interview is part of the Council on Middle East Studies’ Alumni Spotlight series featuring graduates from the Bachelor’s Degree in Modern Middle East Studies. MMES majors pursue various types of roles and positions in their careers. Michael Boyce YC ‘11 is the current Innovation and Design chief at Refugee and Asylum Programs. After Yale, he pursued a master’s degree in Arabic at the University of Maryland College Park. His career has found himself all over the Middle East, assisting refugees and understanding people and cultures. A bureaucracy hacker at heart, Michael Boyce is a leader in developing the intersection between technology and human rights.

What was your time at Yale like and where has life taken you since graduating?

I had a great college experience, honestly, and I look back on it fondly. I was very involved in a lot of different activities. I worked on the Iraqi refugee assistance project, which was a group at the Yale Law School at that time. A few of my friends and I created the Yale Refugee Project, now known as the Migration Alliance. I was also the president of the Branford college council and did several of other extracurriculars.

I also took my second semester, sophomore year abroad in Amman, Jordan. I really recommend this to Yalies. The experience was very meaningful and because of it I came back into junior year grounded for the next two years of my Yale experience. In my junior summer, I worked for the UNHCR in Damascus, which was a really interesting and compelling opportunity. I couldn’t have done that work if not for Yale’s financial systems and fellowships.

Right after Yale, I went to the University of Maryland where I got a masters in Arabic and spent a year abroad at Alexandria university. That led me to becoming a refugee officer. I traveled to different countries and determined which refugees could be resettled in the United States. I went all over, including Turkey, Jordan, Ethiopia, Kenya, and Malaysia. I worked not only in major cities but also small towns like Shiro in Northern Ethiopia where I interviewed refugees to determine who among them could come to the United States.

It was during this work that my interest in computer science from my time at Yale really came full circle. I found there was a big technological gap in the work we were doing with refugees which impacted efficiency and how we dealt with this population. I went to work at the United States Digital Service, which is a White House group that works on improving government technology. Ultimately, I came back to my current agency, where I’m leading an innovation team in the Refugee and Asylum program. We focus on how to build innovative technology systems, while also making sure that we’re making fair decisions for people applying for refugee and asylum protection.

How has your major and your interest in computer science impacted your professional life?

The MMES major and CS coding formed the basis of my knowledge for so much of my work.

I do a lot of work around design and research; how we understand information about other countries, and how we make sure that when people are making decisions about people’s lives, they have the best information. I think about things through an anthropological or sociological lens. I always look into the field and try to encourage my employees to talk to the people on the front lines and  understand all the nuances of that work. I think this comes from my Arabic and MMES training, going overseas, and really learning and seeing the sorts of nuances when you’re immersed in a local environment. What I learned then, that same philosophy, carries over into my work today and how I try to work with my teams.

What was your favorite class during your time at Yale?

This is going to sound like I made it up for this interview, but it was actually refugee law and policy. It was taught by Alexandra Dufrasne, the former dean of Morse college. It was a Law School class, and she made it incredibly interactive.

It was very hands-on and practical, and she always had live scenarios. The professor did a lot of cold calling, so you had to come prepared. However, I spoke out so much that she never needed to call on me. I think she was never worried whether I had an opinion about something and whether I’d done my homework.

Even in my current job, when I started interviewing refugees, it was all based on that same law that I studied in Professor Dufrasne’s class. I already had a whole philosophy and framework that prepared me, frankly, as well as a lot of the lawyers who also entered the career with me.