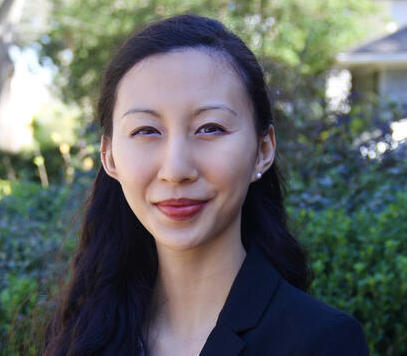 The following interview is part of the Council on Middle East Studies’ Alumni Spotlight series featuring graduates from the Bachelor’s Degree in Modern Middle East Studies. Katherine Fang graduated from Yale with a double major in Modern Middle East Studies and Global Affairs in 2017. Upon graduation she worked as a Fulbright Scholar teaching English and working on refugee policy for the United Nations Development Program, followed by an economics research assistantship at the Harvard Business School. Fang is currently a Paul & Daisy Soros Scholar. The $90,000 fellowship supports Katherine’s graduate study in the joint JD/Ph.D. program at the Yale Law School and Yale School of Management.

How did the Modern Middle East Studies major impact your studies?

During my time at Yale, some of my favorite classes were in the Arabic department. Sarab Al Ani taught a fantastic course called Modern Arabic Political Thought. Muhammad Aziz taught Arabic narrative prose. I also took several of Jonathan Wyrtzen’s cross-listed sociology courses on the region. I have been grateful for the many mentors who have come out of the MMES program.

Outside of formal classes, I pursued various related opportunities. The university has a program supported by CMES, the Directed Independent Language program (DILS), that allows you to learn Arabic dialects with a private tutor if they are not regularly taught in college. I took advantage of that, as well as the many funding opportunities at Yale. I lived for periods of the summer in Oman and Tel Aviv, and I visited Turkey and Morocco. Those experiences gave me something that the classroom could not always capture.

I was also an events coordinator at CMES. Through that position, I was able to sit in on lunch colloquiums, which gave me exposure to the wide-ranging scholarship on the region. The media often focuses on current events in the Middle East that are salient to U.S. politics. In these lunch colloquiums, I was able to hear about the work of academics who had been studying other facets of the Middle East for a very, very long time.

During a summer internship between my junior and senior years, I worked at the International Organization for Migration. I was a speechwriter for the senior regional advisor for the Middle East and Sub-Saharan Africa. I continue to stay engaged in Middle East Studies now. The Law School has a robust program through the Abdallah S. Kamel Center for the Study of Islamic Law and Civilization. It features regular programming through which professors from both the Middle East and the U.S. gather to debate legal questions pertinent to the region.

What happened after graduation?

After college, I worked as a Fulbright Scholar in Jordan. Intermittently during that period, I was also a consultant for the UN development program, which was then contending with the Syrian refugee crisis as political interest in it was waning. It was challenging for the UN to address the scale of the problem because the organization was chronically underfunded. Refugees were constantly moving around, so it was also complicated to track various aid groups’ interventions. At the same time, I saw how valuable it is to monitor work in progress where we could. That sort of knowledge generation supports and enables the crafting of sound policy. This understanding motivated my decision to join the JD/PhD program of which I’m now part.

I feel there is a theme of government oversight and especially with the legal aspects of refugees and immigration. How did the studies on the region formulate what impact your studies have?

My seminars allowed me to think deeply about governance on a large timescale. Before I came to college, I mostly thought about governance in terms of the US election cycle. Then, I took MMES courses that would start in the 15th century. Understanding how different political actors interact over time and how the consequences of events that occur in the past continue to carry through to the present is essential to policymaking. I credit MMES with giving me the tools to consider the long-lasting impact of governance choices across generations.