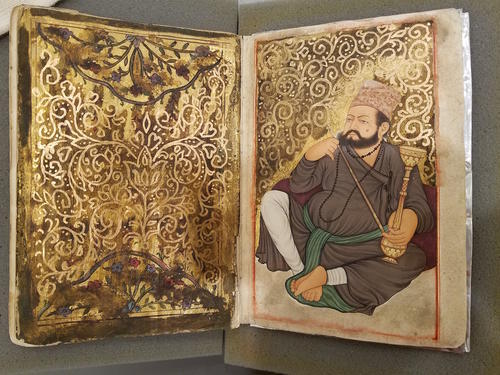 In late October of 2018, Yale hosted the Sixth Biennial Symposium of the Historians of Islamic Art Association, generously supported by the MacMillan Center. The event was organized by myself and Council on Middle East Studies Chair and History of Art Professor Kishwar Rizvi. Featuring more than 40 participants, the symposium drew more than 150 attendees from all over the world. Under the overarching theme of “Border Crossing,” the symposium urged speakers to rethink the traditional temporal, geographic, and material boundaries of the field. Together, the presentations did just that, signaling the rise of a new generation of scholars, subjects, and methods for the field of Islamic art history. (view program)

Many standard textbooks and museum collections of Islamic art history cover North Africa, West Asia, and South Asia from the advent of Islam in the seventh century until the rise of colonialism in the late eighteenth century. The symposium papers pushed well beyond these boundaries. Lisa Homann (UNC Charlotte) presented on Muslim masquerade practices in Burkina Faso, and Anissa Rahadiningtyas (Cornell) spoke about modernist painting in Indonesia, introducing us to artistic interpretations of Islam beyond the usual scope. Heather Ecker (Dallas Museum of Art) argued that a Spanish Catholic frieze of Cain and Abel was in fact drawn from the Arabic illustrated tale, Kalila wa Dimna. The “Against the Grain” panel, held at the Yale Center for British Art, presented four papers on nineteenth- and twentieth-century printmaking practices in Lebanon, Turkey, Iraq, and Iran, encouraging us to consider new media within the scope of Islamic art history, even including adorable Turkish baby pictures, as discussed by Yasemin Gencer. 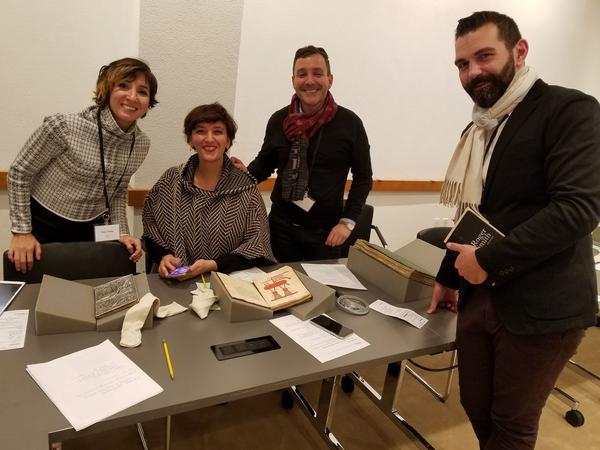 In the packed auditorium of the Loria Center, Professor Zainab Bahrani (Columbia University) delivered the keynote, entitled, “Ascent of Images: Mapping Time at the Amadiya Akropolis.” Although Professor Bahrani is a leading expert on ancient Mesopotamian art history, which predates the arrival of Islam, her talk examined an acropolis in Iraqi Kurdistan that spans temporal boundaries from the ancient to the present day. She described that along the steep ascent to the Amadiya Akropolis are three very worn ancient rock reliefs, which subsequent Islamic communities did not efface. Bahrani argued that Islamic-era additions to the acropolis gate were in fact in active dialogue with these ancient images. In addition, she told us about the local community that still engages with these layers of historical and geological time. Overall, she argued that this monument has always been in a “constant state of becoming,” challenging the audience to rethink the temporal boundaries of the field and of the methods of our work. Professor Nasser Rabbat’s (MIT) response to the keynote highlighted its participation in the “ethical turn” in art history, pointing out that the expansion of the field includes an augmented empathy towards local communities, both past and present.

More than just the subject matter, there was also a palpable shift in the methodology of Islamic art history. The “Digital Divide” panel, organized by Nancy Um (Binghamton), featured four papers that incorporated novel, data-driven analysis into art historical scholarship. On the first panel, “Mobility and Markets,” Gwendolyn Collaço (Harvard), Jenny Peruski (Harvard), Sylvia Houghteling (Bryn Mawr), and Olivia M. Wolf (University of Tennessee-Chattanooga) delivered detailed accounts about how artworks effortlessly traversed national, imperial, and topographical borders, gathering meaning along the way, from sandals on the Swahili coast to Mahjar architecture of the Lebanese diaspora in Argentina. This panel’s emphasis on how artwork and architecture produce meaning through circulation and cultural interaction set the stage for the overall methodological shift demonstrated by many of the symposium papers. On the whole, these scholars utilized the border crossing as a methodological lens to more fully understand their subject, rather than way in which to reinforce divisions and differences.

At a time when the humanities are experiencing a “global turn,” the field of Islamic art history is perfectly positioned to innovate methodologically for the increasing diversity of the field of art history. The scholars who participated in this most recent HIAA symposium demonstrated this beautifully. It was a true delight to host this event at Yale, and we look forward to watching this new generation as it unfolds into the future.