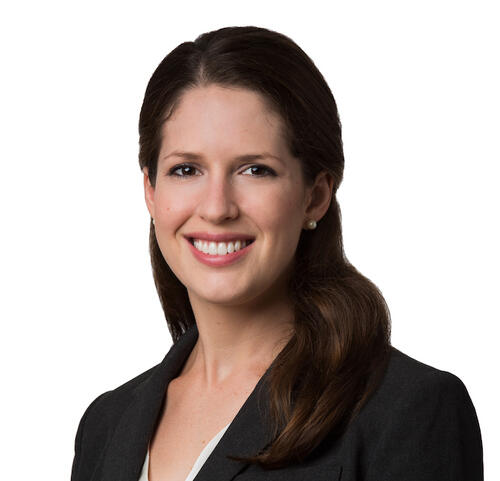 Could you talk about your life after Yale, and how you got your start?

I think despite all of the uncertainty with working in the think tank world and cutting an unconventional career path for myself, I’m much happier here than I would have been in government.

Through some cold emails, I got in touch with some people down here in DC. Those emails were probably the most depressing ones that I’ve sent back and forth, added to the job market following the 2008 market crash. Eventually, a fellow think tank scholar sat down with me and told me to do an internship in DC, since my other internships had been in Cairo, Egypt. So I did “a spray and pray” for internship applications. I accepted two internships, one at AEI. As my internship ended, I sat down with Fred Kagan, and he encouraged me to apply to an open position at AEI.

I tell this to students looking today: don’t turn down opportunities just because they aren’t what you were looking for. I took the internship at AEI not because I was interested in working on security issues in the Middle East but to get my foot in the door. I was on a new project called the Critical Threats Project here at AI. At the time, I was really looking to work in the comparative politics space, but I really fell in love with the actual work that I was doing here at AEI—putting together the puzzle pieces doing analysis in the open source.

What has been your journey to where you are now?

Most students of the Middle East today learn a lot about Yemen because now it actually is a big issue when we’re talking about the region. However, when you’re talking about it before 2009, no one had really focused on Yemen. The State Department had blacklisted it for Arabic language scholarships because of the security situation. When I started at AEI, I was researching Yemen and Somalia. I declined an opportunity to switch portfolios in summer 2010.

Little did I know that six months later, Yemen would collapse in the Arab Spring. All of a sudden, it was just a lot of hard work to rapidly develop the background expertise to be one of the few people in Washington able to talk about Yemen in that way.

I stayed at AEI because of the intellectual freedom I have here as well as the ability to develop as a foreign policy thinker. Now, I have worked on issues way beyond Yemen, but some people still look at me and think of me as the Yemen expert. I have briefed multiple echelons throughout the US government and the US military and intelligence communities on areas that I am an expert in: Yemen, Africa, al Qaeda, Islamic State, and the Salafi-Jihadi Movement. For that, I’m incredibly thankful.

For the last part about how I got to where I am, I didn’t actually want to do al Qaeda research. If you look at the classes that I took, I actively avoided taking any classes on terrorism or security because I didn’t want to study the Middle East through the lens of terrorism. I think that my educational background of comparative politics and foreign assistance actually has given me a perspective on the region and on how the groups that I study operate that is different from my contemporaries.

If you could give advice to your younger self in college, what would you say?

First, take advantage of all the opportunities that Yale had in terms of fellowships and funding studies abroad.

Second, mentorship. It is something that Yale University offers to those who go and seek it out, the mentorship of professors at Yale. Now having multiple mentors in my professional life, you recognize that there is something very valuable to wisdom and experience that just cannot be replicated.

What advice would you give to a student who is interested in the Middle Eastern major or is considering a field in foreign policy?

First, learn Arabic or Persian and inadvertently learn the culture.

Learning the language is a way to open doors. Language and culture go hand-in-hand, and that is no different in the Middle East. In my sophomore year, I studied abroad in Egypt at the American University in Cairo. In terms of language development, the early exposure to spoken language during study abroad, particularly with Arabic where written is so different from spoken. really helped me to understand the language outside of the pure academic setting.

There are a couple of very obvious tricks that you don’t think about when you’re a student. One is just learning the history. You can understand exactly what’s going on today and have no concept of what’s to come if you don’t understand historical relationships and what came before. So, knowing the history is really, really important to grasp the relationships that run throughout the Middle East.

Third, understanding how decisions are made.

This gets touched on by all the great diplomats, Kissinger being one of them. People make decisions, and everyone makes interest-based decisions. So that means that you can start to try to understand the region based on known interests and actors’ histories. This framework really starts to make it much, much easier to unravel the complicated web of what is happening inside of the Middle East today.